Today has been gobbled up with book stuff – logging onto Facebook (so much for my self-imposed cold turkey plans for a week!) to find, sign up for, and then post the snippet about the forthcoming Kindle promotion on every and any author’s / writer’s / reader’s / fiction / Christian / Kindle / inspirational  platform I could find that boasts more members than can be counted upon the digits of a normal human. It’s astonishing both how many, and how few, such forums there are on Facebook! But it *is* astonishingly time- and energy-consuming, and it may be that there are other permutations and combinations of keywords which haven’t yet occurred to me.

Or perhaps Facebook is simply hiding similar platforms out of excess zeal. Turns out that if I click “show me more” at the foot of any of its lists of groups, Facebook has a meltdown and displays a blank screen. For hours. Or until I relent and tell it simply to go back to my home page…

Whether such a day’s endeavours is worth it, well, that remains to be seen. It’s my suspicion that the larger groups have so many posts streaming in that unless their visitors just happen to be browsing in that second, all posts are ravenously gobbled by obscurity as the next optimistic author posts their literary baby.  Still, unless one tries!…

But actually, although that has taken up the bulk of my energies, the incident that has impacted me most today was receiving an email from a beloved friend. He was describing the overwhelming feelings of … nausea, horror, disgust, as though one is being cudgelled in one’s gut,  which wallop you when an abuser turns up again: and he mentioned how similar it was to PTSD. It was a lightbulb moment. YES. It makes so much sense. Of COURSE. *That’s* why it’s so traumatising. That’s why the moment they start a new manipulation (which might seem soooo benignly innocuous to any innocent bystander!) there’s that sheer stomach-churning, physical sense of revulsion.

To those who’ve never experienced abusers, none of this will make sense. But I suspect that to those who have, it will be a lightbulb moment too, as you recognise that soul-deep nausea for what it is.  There is a reason why those well-meaning but emotionally lazy arrogancies from know-it-betters who inform you that you should be earnestly seeking reconciliation feel as though they are just exacerbating and multiplying the abuse. It’s because they are. From what (little, admittedly!) I know, the “cure” for PTSD is not to deliberately return and submit yourself again to the source of the PTSD, just as the “cure” for rape victims is not to go and choose to get raped again.

Yet somehow many people who would never dream of ordering such idiocies have no such compunction when it comes to the …”witnesses” of verbal abuse. Instead, they pat themselves on their metaphorical backs for their Great Wisdom and Spirituality in scolding you for refusing to put yourself back in that toxic environment. And get very disapproving if you dare to say “no, those individuals long ago forfeited all right to a relationship with me.” … After all, it’s so simple (in the scolders’ minds). If you only obeyed them, everything would be hunkydory… and they could go back to their nice comfortable smugness. Strange that, isn’t it? How easy it is to assume that one knows sooooo much better than the person who has survived the abuse.

So how do we reconcile that abuse, and the resulting PTSD, with Christ’s injunction to forgive, and to love? Well, for starters, I don’t see Him telling us to deliberately walk back into that abuse. Turning the other cheek doesn’t mean meekly lying down like the proverbial doormat and saying “hey, kick me again.” It means – to me – choosing NOT to retaliate. NOT to hurt back. NOT to seek revenge. NOT to give in to hatred. It means not giving in to the temptation to write to their bosses to say “oh, by the way, were you aware…?” That’s a choice, not a feeling, by the way. Our wills precede and supersede our emotions.

Turning the other cheek means understanding and accepting that God will continue to bless them, because that’s what His grace is all about, for all of us, isn’t it, continuing to bless us and love us despite ourselves! But it also means that I can let go because their story is no longer my story, and no longer has the right or the power to ruin mine. So it’s ok that they’re being blessed, because it’s nothing to do with me anymore.

And secondly, I don’t believe that love itself means allowing our abusers to carry on playing their evil little games. I think, on the contrary, that love means…  that if my abusers rang my doorbell and asked for my help, I would choose to help as I would any human being. It does NOT mean that they have a right to any relationship with me. That, they forfeited a very long time ago.

Forgiving doesn’t mean that something never happened. It means that we choose to let go, hand it over to God: because to access that forgiveness, our abusers nevertheless will have first to acknowledge, to God and to themselves, what they have done, and why therefore they need that forgiveness. So it’s not that that trauma never happened – it’s that we no longer need to be imprisoned by it. And whether the abusers ever choose to access that forgiveness, well,  *shrug* that’s up to them. It’s there waiting for them – but first they will have to come face-to-face with who they are and what they’ve done, for without repentance there is no forgiveness. And that acknowledging… well, put it this way. How comfortable do you think it must be for such sick individuals to let their carefully constructed alternative realities (in which they’re kind and generous and patient and all the things which their actions would seem to disprove) come crumbling down? So forgive, hand that forgiveness over to God, have compassion, be free!

Which does not mean putting yourself back into that situation. PTSD… those wounds are still there, still raw. That recoil… is surely the warning light for survival. It says: do not play their games, beware, beware…

And in the meantime, let God use it. Let Him, for example, help you view the abusers with compassion… and model the evil in your novel on those helpful and so-often-repeated examples of ugliness!

Brighten Your Inbox - for FREE! 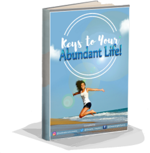 Receive FREE inspiration, motivation, & resources in your inbox - AND the eBook Keys To Your Abundant Life - for FREE!

Success! Now check your email to claim your FREE gift.

This site uses Akismet to reduce spam. Learn how your comment data is processed.